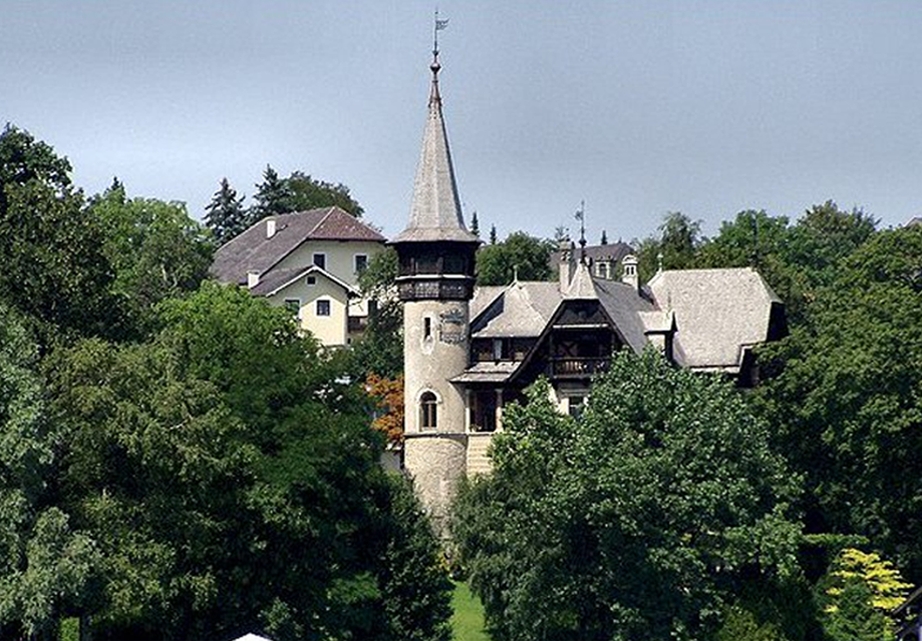 Villa Paulick is owned by family Messner since 1971. After Eri Messner, who was in charge for the house during 41 years, The house now belongs to Sabine Messner and Markus Messner, who take care of the property's upkeep and utilization.

The house can be booked for weddings and receptions and offers small events like concerts or readings according to the program onsite. Arrangements can be made to rent part of the garden located at the lake.

The familiy is also still offering rooms for guests during the summer in a very limited way.

The owners wish to keep the house up for today's guests and future generations in order to bring joy, inspiration and relaxation. 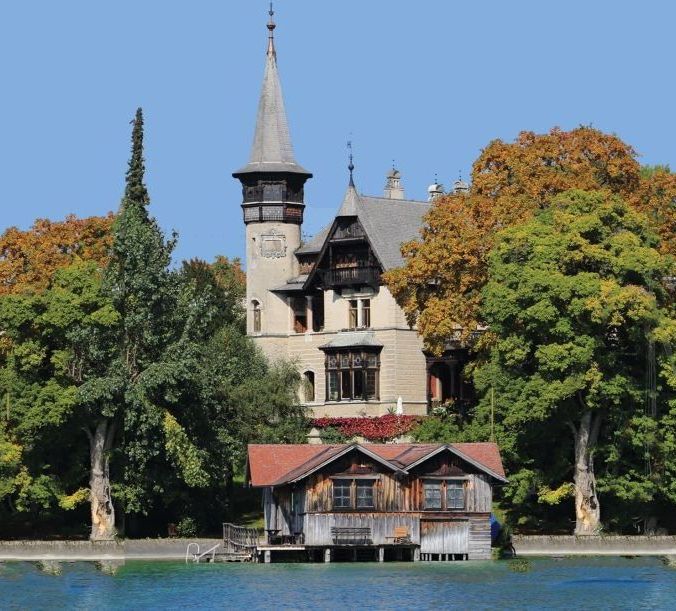 Villa Paulick was constructed in 1877 by k&k carpenter Friedrich Paulick. It was the summerresidence of his family for many years. In the parlor his masterpiece in form of a wooden ceiling with rich ornaments - like the ones he buildt for the Viennese World Exhibition in 1873 - can be seen.

Above the unique windows with colored glass in the dinign room, the wall paintings in the study as well as the forged iron door that leads to the upper floors are special highlights of the house.

Therese, the daughter of Friedrich Paulick, married Hermann Flöge, the brother-in-law of Ernst Klimt. that is why, Gustav Klimt, started to be a frequent guest of the house . He had a special relation with Emilie Flöge another familiy member and common guest at the Villa, that created a lot of rumor. Gustav Klimt found inspiration for his numerous paintings of the time in the surrounding landscape. Photos show him and Emilie Flöge in the garden, at the boat house or the yard. Furthermore a lot of documents give an impression of the time at the start of the 20th century.

Regarding the change of ownership there is a story that has been freqently told by Eri Messner: Jakob Messner, her husband, technician and innovator was a soldier, when he met Trude Flöge. War had just ended and he worked at a farm house to gain money for his next steps. In his waggon he delivered potatoes.

He offered the lady some of the vegetables and was compensated with an invitation to Villa Paulick. Trude wanted him to lend some books from her, because she thought, he looked "to intelligent" to survive without some brain food.

This was, when their friendship started. Later it included also Eri, and it was especially her, who had a close friedship with Trude Flöge. When Trude suffered from a serious desease, she stayed at her side and they shared much time at Attersee. Trude was convinced that the hous ewould be in good hands with Jakob and Eri and passed it over to them.

Everyone familiar with Eri Messner knows that this trust in her was more than justified. There is only a small number of ancient houses at the Attersee that are kept up to an original state like Villa Paulick. Credit for the upkeep needs to be given also to Robert Messner, who died in 2017 and whose committment to preserve and conserve the structure of the building is legendary.